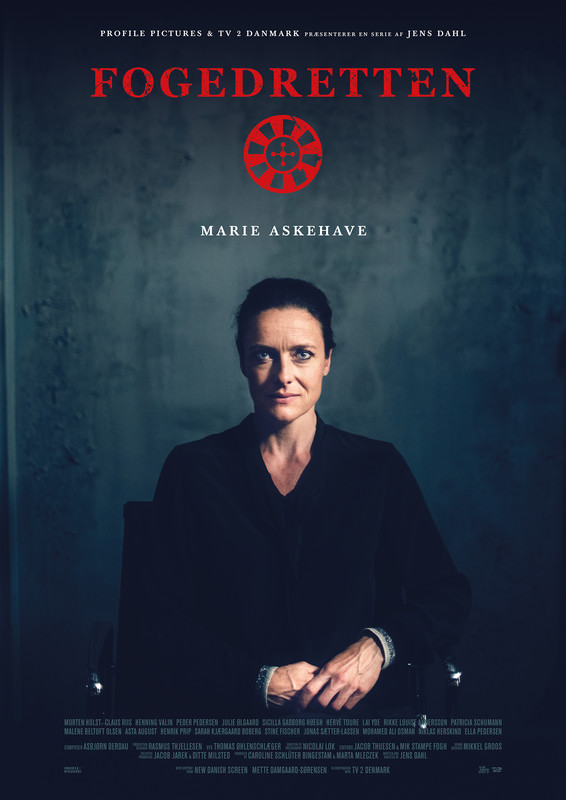 Eva Turell is a judge at the small claim’s court but behind her polished facade she is hiding a secret. She is a pathological gambler which has caused her great distress as she owes 50.000 $ to some Copenhagen gangsters. The gang’s debt collector, Daniel, has lost patience with Eva and let’s her know that her debt rises for each day she doesn’t pay up. Eva desperately tries sweet-talking her bank manager, Kenneth, to get an extra loan in her apartment, but to no avail. The situationen escalates when Eva adjudicates on a case involving a young couple and a corrupt handyman, making the handymen repay the couple 200.000 $. Later that afternoon the handyman delivers the money to Eva in cash and she sees an opportunity to steal the money she owes, however when she tries paying Daniel back, it turns out that he is not interested in the money – it is the court records he is after. Eva refuses him access, but what she does not know is that he has an ace up his sleeve.
In every episode Eva meets new debtors who, like herself, has their backs against the wall. Every case becomes a psychological mystery that Eva has to solve to get to the person sitting across from her. Eva is not afraid to use alternative methods to figure out what she believes is a righteous and as Daniel piles on the pressure these alternative methods become more and more prevalent in Eva’s job as judge.